This book, it is not written in special form for certain geographical latitude, but for every businessman and executive who is within the existing change concert of arrangement and rearrangement in what it is called global business

Birth of a New Executive is the masterpiece of extraordinary writer on managerial issues H. Dubric, which was written in 1990.

When it came to the light, caused some dismay among some management professionals, accustomed to foreign theories, But what was the problem?

What H. Dubric shattered all those absurd sold through courses, workshops and seminars and placed the view of professional, business and other people, REAL KEY TO SUCCESS.

Many people laughed others were in silent; they occasionally called him irreverent and provocative without trying really he proposed as his motivation was always to teach, to educate; so that when it appeared the XXI century we had FOUNDATION to face all CRISIS; and it has been his motivation since starting his method alone there in 1974.

THE FIFTH MANAGERIAL SYSTEM is the NEW ORDER or the NEW BUSINESS COMPASS and all that exists, since not only it shows where we should go, but it explains why opening the REAL STRATEGIC VISION.

In any human activity, there is a systematic development of events that help to start a project and H. Dubric with pragmatism which characterizes us disclosed in its books.

They were the years of  << Venezuela Saudi Arabia >> 1974 when H. Dubric, begins to develop what he called, the Fifth Managerial System or Direction and Managing of Free Initiative, which would determine the formation of the BIRTH OF A NEW EXECUTIVE.

It is clear that this work crystallized in his first book, which was titled with the same name of the project (BIRTH OF A NEW EXECUTIVE) finishing it to write on January 11th, 1990, published by his own efforts in 2003.

All his books and seminars published (9), are colored by the experience gained in the direction of  MARKETING and BUSINESS, which it is where he developed his professional life.

His diligent research and studies led him to clearly determine that the four (4) prevailing styles or systems (autocratic, bureaucratic, democratic, idiosyncratic), who have managed and handled even the different tasks of the life of this human civilization , whether they are these: political, economic, scientific, educational, religious and family, are untimely and are not suitable for these times of crisis we are passing on the planet, since they are built and managed by the EGO, which (he says) has led us to barbarism and inevitably lead us to the definitive debacle.

Let's observe the facts of every society, in order that we should extract conclusions. He reiterates that ME or EGO IT is should be ANNIHILATED IT if we want to acquire really aware, otherwise it is impossible to form within us NEW MAN.

This is the reason why it was launched since then (1974) the Fifth Style or System of Direction and Managing of the Free Initiative, alluding the same, what this system has not left behind a desk or in a classroom without students, but the field of practical life and has been experienced in situ, and the laboratory has been used to measure results and progress, has been the daily life of every human being, in which the word has lost its value, modesty was extinguished, theft and pillage is supported and justified, criticism, gossip, slander and calumny have his box of honor, the barbarity of competition continues to impose criteria, unleashing all greed, both personally, professionally and in what we call market where disloyalty, disrespect, the felony is applauded and corruption has destroyed the foundation of the whole cluster.

This Fifth System Free Initiative has its headquarters in the Awareness of the individuals (or in the set of minds that are involved in a task) and the diverse and adverse circumstances they may be, will not affect the sense of responsibility for the activity, or team management.

H. Dubric insists on that existing failure this planetary civilization has been the wrong amount of theories and hypotheses that over time humans have taken and delivered classroom training without achieving Authentic Strategic Vision, which is provided by awareness. They have focused only on subjective reasoning, creating chaels through which societies formed by himself, passing, totally blind, asleep, they caot see beyond their five senses, subject to the sad way to live and then die ... and that's very unfortunate.

Therefore, H. Dubric is worthy to be studied. 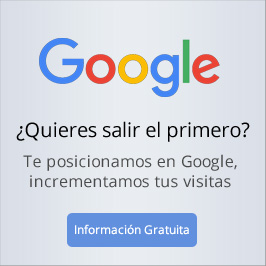